GJEPC asks for duty cuts in its Budget proposals to Government

Some of the major aspects of budget representation are duty cuts primarily for gold, cut and polished diamonds, precious and semi-precious gemstones 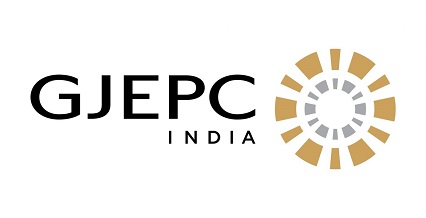 The Gem and Jewellery Export Promotion Council (GJEPC), the apex body for the promotion of gems and jewellery exports, has proposed a series of measures under the Gems & Jewellery Package as part of recommendations for the upcoming Union Budget for the fiscal year 2022-23. Some of the major aspects of budget representation are duty cuts primarily for gold, cut and polished diamonds, precious and semi-precious gemstones, etc.

Commenting on the recommendations for the Union Budget for the fiscal FY 2022-23, Colin Shah, Chairman, GJEPC, said, “India is the 5th largest exporter of gems and jewellery, contributing 5.8% of the global gems and jewellery exports demand of US$629.06 billion. World over, India is emerging as a potential global leader in jewellery exports due to the sheer talent pool and expertise the country has developed over decades of hard work. Post pandemic, in the 75th year of India’s independence, the Amrut Mahotsav, it’s a new beginning for the industry and we will achieve the target of USD 41 billion as set for this sector by hon’ble Prime Minister as part of overall target of merchandise exports of USD 400 billion. We now target to achieve USD 100 billion exports when India will observe the centenary of its independence. To kickstart the same we appeal to Govt. to announce a special package for gem & jewellery sector in the forthcoming Union budget. Such favourable export and domestic policies would help elevate the gems and jewellery exports sector and lay a foundation for the quantum growth. The only way to further scale up this sector is through policy reforms which will make us more competitive in the global market.”

Shah added, "GJEPC’s pre-budget recommendations is a package which entails proposals to boost every vertical of the sector. We have requested the Government to reduce import duty on cut & polished diamonds from 7.5% to 2.5%; permit sale of rough diamonds in Special Notified Zone in Mumbai; allow exporters to import 10% of the total CPD’s exported at nil duty. This will not only help the Indian diamond industry to remain as the largest diamond producer of diamonds in the world but would also help us to become the largest diamond trading hub.

“Similarly, the reduction in import duty of on precious metals Gold/Silver/Platinum from 7.5% to 4% is a step towards making India the number one exporter of jewellery in the world.”

The Budget Package for Gem & Jewellery Sector for the Union Budget for the fiscal year 2022-23 as proposed by GJEPC include the following: